Our Morocco Women Only Tour is directed to ladies who are interested in learning the history and the modern life of women in Morocco from local women’s perspective. The tour focuses on the customs and the traditions practiced by Moroccan women at the level of dress codes, culinary traditions, weddings, etc. Our Morocco Women Only Tour is a magnificent way to see Morocco from a feminine point of view.

As far Morocco is concerned, the country is a Holiday Paradise thanks to the spectacular Atlas Mountains, the Amazigh (Berber) villages, the lush valleys and Oases, the Mediterranean Sea and the Atlantic Ocean and the huge Sahara Desert. The views to expect during our vacations in Morocco are breathtaking and the people to be met on the trails are some of the warmest and friendliest in the world. Welcome to our authentic vacations and Adventures in Morocco!

Concerning the history of the country, the archaeological evidence proves that the Amazigh (the indigenous people) inhabited the region about two thousand years before the Phoenician colonization of the area between the 08th and the 06th centuries BC. Indigenous Amazigh (Berber) monarchs ruled the area from the 03rd century BC until 40 BC when it was annexed to the Roman Empire. The Muslims conquered the region in the early 08th century AD, and the Moroccan state in the modern sense of the term was established half a century later. Nowadays Morocco is a mixture of all these old civilizations and the modern ones.

Morocco is deeply rooted in history and its branches are widely open to the modern world. Almost everybody knows these days that Morocco is one of the top exotic destinations. We at Toudgha Voyages are happy to be the safest hands in which you can entrust your vacation. Our Morocco vacations are here to inspire you to reach out and explore, experience and enjoy this beautiful country. Toudgha Voyages is a wonderful guide to our country of wonders…

Welcome to our “Magic of Morocco Trip”: your vacation of a Lifetime in Morocco.

Arrive at Casablanca airport; Meet and greet by your escort guide and transfer to your hotel. Check in at the hotel. Enjoy the city tour of Casablanca, the economic capital of Morocco and its largest city. Visit the famous Hassan II mosque, the landmark mark of the city with the tallest minaret in the world (210 metres (689 ft)). Stop next at Ain Diab Corniche, which is one of the city’s most fashionable districts. Complete the city tour with the visit of Mohammed V Square in the city center. Welcome dinner at (Ricks Café or similar). Overnight in Casablanca.

Breakfast in the hotel. Transfer to Rabat, the capital of Morocco and one of its imperial cities. Enjoy the city tour of Rabat. Visit the Kasbah of the Oudayas. This Kasbah was constructed during the realm of the Almohads dynasty (12th century). Stop next at Mohammed V Mausoleum, which is home to the tombs of the current king’s father and grandfather. Your last stop in Rabat is Hassan Tower, which is a minaret built in 1195. Continue to Meknes, the “Moroccan Versailles” and one of the oldest cities in the kingdom. Lunch at a local restaurant. Visit Meknes which was the capital of Morocco under the reign of Moulay Ismail (1672–1727), a contemporary of Louis XIV, before it was relocated to Marrakesh. Stop at the massive Bab El Mansour gate, which is the grandest of all imperial Moroccan gateways. Bab El Mansour gate was completed by Moulay Ismail’s son, Moulay Abdallah, in 1732. Stop next at Hri Souani, which is a complex of three different buildings built for granaries and stables. This amazing site has been used as a scene for many films, the most famous of which is probably “The Last Temptation of Christ” in 1988 by Martin Scorsese. Transfer to the UNESCO-sponsored Roman ruins in Volubilis. Volubilis is a Berber and Roman city partly excavated by the UNESCO; it was considered as the ancient capital of the Kingdom of Mauretania. The city was developed from the 3rd century BC onward as an Amazigh, then proto-Carthaginian, and from from the 1st century AD onward, the city grew rapidly under the Roman rule.  Arrive in to Fes, the spiritual capital of Morocco.  Dinner in the hotel. Overnight in Fes.

Breakfast in the hotel. Enjoy the guided city tour of Fes.  Begin with the entrance to the largest royal palace in Morocco. Continue with a panoramic view of the ancient medina. Enjoy an authentic experience at the traditional ceramic crafts village of Fes after that. Your next stop is Fes El Bali, the ancient town or Medina, which is a medieval part of Fes that has not changed for centuries. Lunch at a local restaurant. Visit the famous Al-Karaouine mosque, built by Fatima Al Fihria in 857. Al-Karaouine mosque became home to the University of Al-Karaouine, which is the first university in the world and the world’s foremost center of learning at the beginning of the second millennium. The university was built by Fatima Al Fihria in 859, and, since then, it has become one of the leading spiritual and educational centers of the Muslim world. In the medina, visit also a Merdersa, which is a Coranic school. Complete the city tour of Fes with the leather Souq and the oldest Leather Tannery in the world. The tannery dates back at least nine centuries. Dinner in the hotel. Overnight in Fes.

Breakfast in the hotel. Transfer to the Sahara desert. The journey takes you through the Middle Atlas Mountains. Stop first in Ifrane, a charming town and ski resort. Ifrane is famous for its Alpine climate, European-style houses and its 1665 metres (5,460 ft) in elevation. The town experiences snow during winter months and a cool climate during summer. Ifrane is also the place where the lowest temperature was ever recorded in Africa, -24 °C in 1935. While in Ifrane, expect to find animals like the threatened Barbary Macaque and local tree species such as the native Atlas cedar, Scrub oak and the introduced London plane. Arrive at Midelt which serves as the commercial center of a large agricultural hinterland. Lunch at a local restaurant. Transfer through many Amazigh (Berber) villages and along the Ziz valley to get to Erfoud. Continue to Merzouga, which is the heart of the desert. Sunset camel ride to your charming desert camp. Dinner in the desert camp. Overnight in Merzouga.

Breakfast in the desert camp. Enjoy a 4×4 Jeep desert tour. Visit a Gnaoua village, locally called Al Khamlia. Meet some nomad families. Drive to Tinghir via Rissani and Tinjdad. Tinghir is a gorgeous 40km oasis, which boasts one of the largest palm groves in the country. Stop at the famous Todra Gorge, a 300m wall, carved deep into the High Atlas Mountains. Thanks to its robust rock sides with many uneven surfaces, Todra Gorge is popular among rock climbers. More than 150 routes rated French Grade 5+ to 8 have been bolted in the canyon. Todra Gorge was featured on the premiere of the United States reality show Expedition Impossible. Lunch at a local restaurant. Leave Tinghir heading to Dades. The drive is spectacular, winding through stunning desert landscapes, villages with the expansive Jebel Sarhro lunar-scape. Dades is known as valley of figs. Dades valley featured prominently in a 2012 advertisement for the Cadillac CTS. Dinner in the hotel. Overnight in Dades.

Breakfast in the hotel. Leave dades and head to Ouarzazate, also known as “Morocco’s Hollywood”. The drive is spectacular, with hundreds of Kasbahs lining the route. Stop first at Kelaat M’Gouna, a big town which is famous for cultivating roses. Expect to find many fine, rose-infused products there. Visit Taourirt Kasbah, which is considered one of the most beautiful kasbahs in Morocco. Drive by the film studios where some of the most famous desert landscapes were and are still being shot. Drive to the spectacular fortress of Ait Ben Haddou. The village is a great example of earthen clay architecture that has been a UNESCO World Heritage Site since 1987. Ait Ben Haddou is an iconic landscape immortalized in such films as “The Man Who Would Be King (film) (1975)”, “Jesus of Nazareth (1977)”, “The Last Temptation of Christ (1988)”, “Gladiator (2000)”, “Son of God (film) (2014)”. Lunch at a local restaurant. Transfer to Marrakech, crossing the High Atlas Mountains. Dinner in the hotel. Overnight in Marrakech.

Breakfast in the hotel. Enjoy an afternoon guided city tour of Marrakech, “Paris of the Sahara” as Winston Churchill once described it. Stop first at the Koutoubia Mosque, which is an old monument built under the reign of the Almohad Caliph Yaqub al-Mansur (1184 to 1199). This monument inspired other buildings such as the Giralda in Seville in Spain and the Hassan Tower in Rabat. Stop next at the Bahia Palace. This Palace was built in the late 19th century and was intended to capture the essence of the Islamic and Moroccan style. Stop next at the Saadian tombs, which is a site that dates back to the time of the sultan Ahmad al-Mansur (1578-1603). The tombs were discovered in 1917 and were restored by the Beaux-arts service. Lunch at a local restaurant. Continue the tour with the world famous Jema El Fna Square where you will enjoy amazing performance of traditional activities by storytellers, snake charmers, peddlers of traditional medicines. Your last stop is the bustling souks in the old medina. Dinner at a local restaurant. Overnight in Marrakech.

Breakfast in the hotel. Immerse yourself in an exceptional experience of Hammam dedicated entirely to your well-being and intense relaxation. You will enjoy the seamless fusion of ancestral Oriental tradition and Western expertise. The expert hands of highly qualified masseurs and masseuses will lavish care and unique beauty rituals on you, using natural products. Lunch on your own. Late in the afternoon, transfer to Imintanoute, where you will enjoy a very special program and authentic experience addressed to ladies specifically. Dinner and overnight in Imintanoute. Optional dinner. Overnight in Imintanout.

Breakfast in the hotel. Enjoy amazing activities at the Berber Cultural Center. Start with a tea making demonstration. After that, the group will be split into teams. One team will prepare Tagines for lunch (the traditional way) while another team will knead bread and bake it in a traditional oven. Everybody will take turns to participate in the activities of the day. You will have lunch the local style. There will be a Tea-making contest. Enjoy a Henna Session with the ladies to learn from them some of the most fascinating tricks to do the Henna. It is also a good chance to chat with them over a cup of mint tea and Moroccan sweets. Late afternoon transfer to Casablanca. Dinner in the hotel. Overnight in Casablanca.

Breakfast in the hotel. Transfer to Casablanca airport for our departure flight. 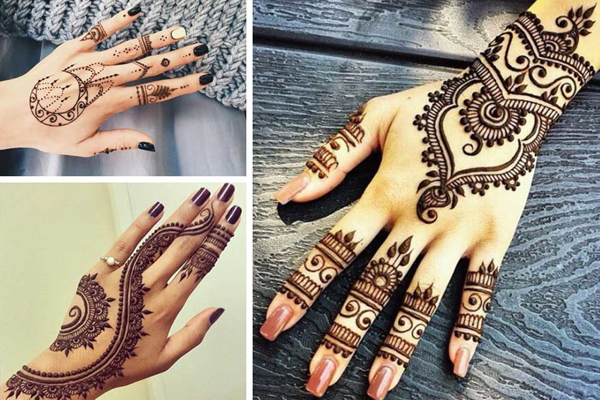