Our 06 nights “Imperial Morocco Tour” is another great way to discover Morocco!

This tour is very rich, historically speaking. The main focus of our “Imperial Morocco Tour” will be the four historical capital cities of Morocco:  Rabat, Meknes, Fes and Marrakech, also referred to as the country’s Imperial Cities.

In this tour, you will go back in history to the 3rd century BC when Volubilis, the ancient capital of the kingdom of Mauretania, was founded. You will move on to the 8th century when the city of Fes was built. You will travel after that from a city to another, and with that century after another, till you get to the 21st century. You will learn a lot about the different dynasties that succeeded one another in the history of Morocco throughout these centuries. In Toudgha Voyages “Imperial Morocco Tour”, you will learn about Mauritania Tingitana, the Idrisid Dynasty,  the Almohad Dynasty, the Marinid Dynasty, the Wattasid Dynasty, the Saadi Dynasty and the Alaouite Dynasty.

Welcome to our icon of traveling back in history and time…

Cities covered in this tour

Arrive at Casablanca airport, the economic capital of Morocco and its largest city. Warm reception by your English speaking driver/guide, then transfer to the hotel. Check in at your hotel to relax. Enjoy the rest of the day at leisure. Optional dinner. Overnight in Casablanca.

Breakfast in the hotel. Enjoy the city tour of Casablanca, the economic capital of Morocco and its largest city. Outside visit of the famous Hassan II mosque, the landmark mark of the city with the tallest minaret in the world (210 metres (689 ft)). Stop next at Ain Diab Corniche, which is one of the city’s most fashionable districts. Complete the city tour with the visit of Mohammed V Square in the city center. Transfer to Rabat, the capital of Morocco and one of the Imperial Cities. Enjoy the city tour of Rabat. Visit the Kasbah of the Oudayas. This Kasbah was constructed during the realm of the Almohads dynasty (12th century). Stop next at Mohammed V Mausoleum, which is home to the tombs of the current king’s father and grandfather. Your last stop in Rabat is Hassan Tower, which is a minaret built in 1195. Transfer to Meknes, the “Moroccan Versailles” and one of the oldest cities in the kingdom. Optional lunch at a local restaurant.  Visit Meknes which was the capital of Morocco under the reign of Moulay Ismail (1672–1727), a contemporary of Louis XIV, before it was relocated to Marrakesh. Stop at the massive Bab El Mansour gate, which is the grandest of all imperial Moroccan gateways. Bab El Mansour gate was completed by Moulay Ismail’s son, Moulay Abdallah, in 1732. Stop next at Hri Souani, which is a complex of three different buildings built for granaries and stables. This amazing site has been used as a scene for many films, the most famous of which is probably “The Last Temptation of Christ” in 1988 by Martin Scorsese. Transfer to Fes, the spiritual capital of Morocco. Optional dinner. Overnight in Fes.

Breakfast in the hotel. Enjoy the guided city tour of Fes. Begin with the entrance to the largest royal palace in Morocco. Continue with a panoramic view of the ancient medina. Enjoy an authentic experience at the traditional ceramic crafts village of Fes after that. Your next stop is Fes El Bali, the ancient town or Medina, which is a medieval part of Fes that has not changed for centuries. Optional lunch at a local restaurant.  Visit the famous Al-Karaouine mosque, built by Fatima Al Fihria in 857. Al-Karaouine mosque became home to the University of Al-Karaouine, which is the first university in the world and the world’s foremost center of learning at the beginning of the second millennium. The university was built by Fatima Al Fihria in 859, and, since then, it has become one of the leading spiritual and educational centers of the Muslim world. In the medina, visit also a Merdersa, which is a Coranic school. Complete the city tour of Fes with the leather Souq and the oldest Leather Tannery in the world. The tannery dates back at least nine centuries. Optional dinner. Overnight in Fes.

Breakfast in the hotel. Transfer to Marrakech, “Paris of the Sahara” as Winston Churchill once described it. The journey takes you through the Middle Atlas Mountains. Stop first in Ifrane, a charming town and ski resort. Ifrane is famous for its Alpine climate, European-style houses and its 1665 metres (5,460 ft) in elevation. Ifrane experiences snow during winter months and a cool climate during summer. Ifrane is also the place where the lowest temperature was ever recorded in Africa, -24 °C in 1935. Expect to find animals like the threatened Barbary Macaque and local tree species such as the native Atlas cedar, Scrub oak and the introduced London plane. Arrive at Beni Mellal, which is an important economic centre in Morocco in the areas of petrochemical production, textile manufacturing as well as agriculture. Optional lunch at a local restaurant. Late in the afternoon, arrive at your hotel in Marrakech. Optional dinner. Overnight in Marrakech.

Breakfast in the hotel. Enjoy a guided city tour of Marrakech. Stop first at the Koutoubia Mosque, which is an old monument built under the reign of the Almohad Caliph Yaqub al-Mansur (1184 to 1199). This monument inspired other buildings such as the Giralda in Seville in Spain and the Hassan Tower in Rabat. Stop next at the Bahia Palace. This Palace was built in the late 19th century and was intended to capture the essence of the Islamic and Moroccan style. Visit Madrasa Ben Youssef after that. This Coranic school is named after the Almoravid Sultan Ali Ibn Yusuf (reigned 1106–1142). Madrasa Ben Youssef is the largest in all of Morocco. Stop next at the Saadian tombs, which is a site that dates back to the time of the sultan Ahmad al-Mansur (1578-1603). The tombs were discovered in 1917 and were restored by the Beaux-arts service. Optional lunch at a local restaurant. Continue the tour with the world famous Jema El Fna Square where you will enjoy amazing performance of traditional activities by storytellers, snake charmers, peddlers of traditional medicines. Your last stop is the bustling souks in the old medina. Optional dinner. Overnight in Marrakech.

Breakfast in the hotel. Enjoy the morning at leisure in Marrakech. Optional lunch at a local restaurant. Late in the afternoon, transfer to Casablanca. Optional dinner. Overnight in Casablanca

Day 7: Transfer to Casablanca airport (B)

Breakfast in the hotel. Transfer to Casablanca airport for your flight back home.

–       Modern A/C vehicle for the transfers and tours

–       Any services not mentioned in the program 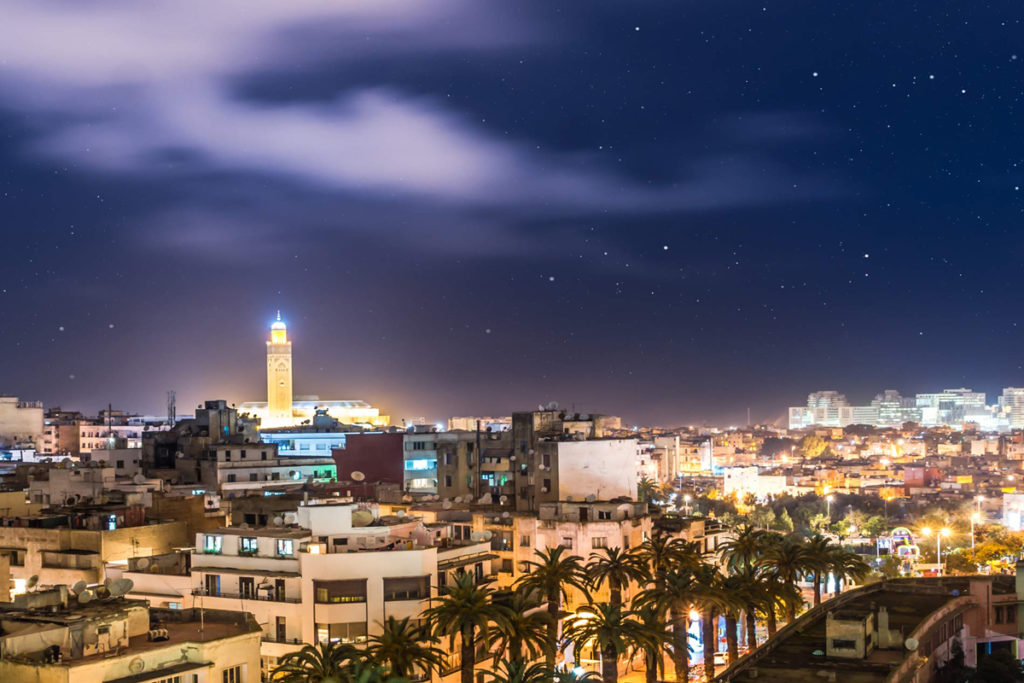 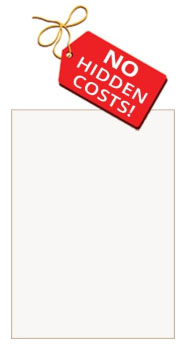 Back to FIT Tours
Book this tour